We are proud to include some of the awards won by our young people:

The Morag Anderson Award for Student of the Year

Morag Anderson was a student at Pield Heath. When she died from an incurable condition as a community we were deeply saddened that she died so young. For her family it was a very difficult time as they struggled to come to terms with their loss. When they had time to reflect during their bereavement the family requested if they could donate a silver cup to the school.

In recognition of Morag’s short but eventful life and the amazing courage she showed during her illness we set up The Morag Anderson – Student of the Year Award. This was to recognise the efforts of a student who was nominated by the staff for their contribution to the school. This beautiful silver cup is engraved with the names of all the past winners and is presented by the guest of honour who is invited to attend the annual end of Year 14 Leavers Mass.

It is a prestigious award and is a lasting tribute to the life and memory of Morag Anderson. 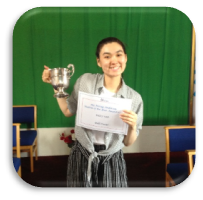 Mrs Bernie Walsh worked as a Special Support Assistant at Pield Heath for over 25 years. She was a very committed, dedicated and beloved member of our school Community. In her legacy she and her family very generously donated money to build a sensory room for our students. This facility was officially opened and blessed by Bishop John Wilson when he visited the school in 2019.

In recognition of her loyal years at Pield Heath, we set up The Bernie Walsh Service Award to recognise the efforts of a student who has been nominated by the staff for their contribution to the school community. We felt this was one way of remembering the inspiring and wonderful example set by Mrs Walsh  of the virtues of love and devoted service. 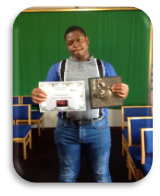